How often do you find yourself Googling “what does it mean when my dog...”? You’ve landed on the right page if this sounds like you. Wouldn’t it be great if there was an artificial translator or at least a book that deciphers what each look, howl, or bark means? Unfortunately, there isn’t because every dog is different, but we can give you a general idea of what the dog is feeling by analyzing certain signs. 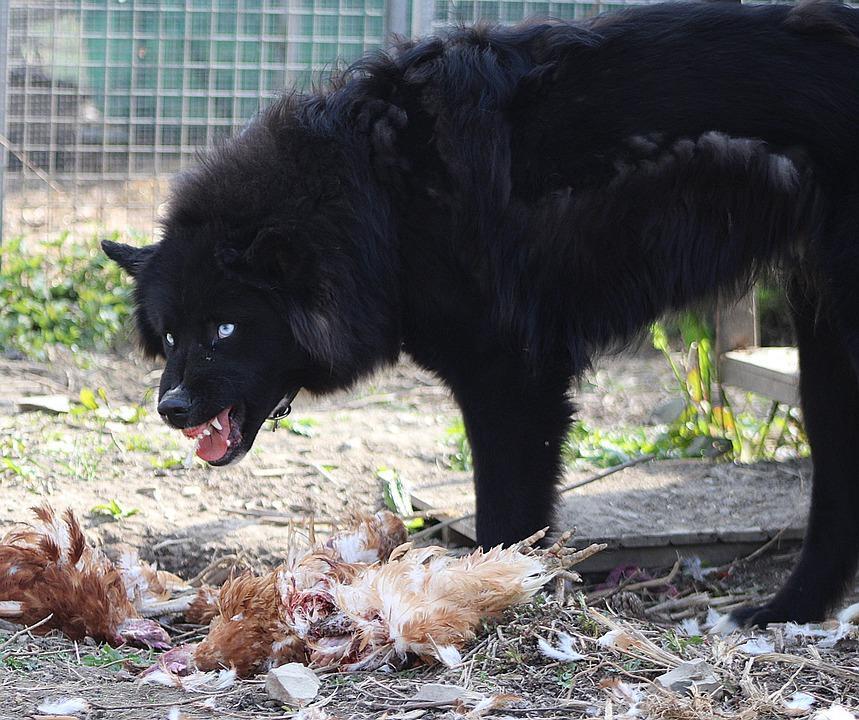 Image by Jeannette1980 on Pixabay

The hackles are the hairs on your dog’s back. When the hair on the back of our necks is raised, it usually means we’re alert or just got a creepy chill. Raised hackles for dogs are different because it signifies a highly stimulated dog. The hackles can include the hair on your pooch’s neck, shoulders, back, and even down to the tail.

Raised hackles can mean stress, anger, and upset, but it can also mean excitement! It can be likened to us getting goosebumps, but it won’t be because your dog is cold.

It’s All in the Eyes 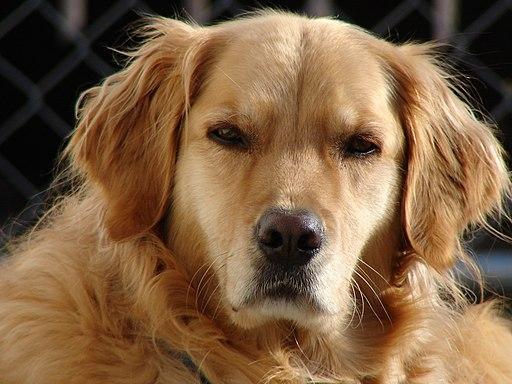 The eyes are the windows to the soul, and your dog can speak to you with his facial expressions. You’d be surprised by the similarities between dog expressions and ours. Have you ever thought that you can just tell how your dog’s feeling by looking into his eyes? Your intuition may be right! You get a feel of what your dog is trying to communicate by looking at his soft gaze or hardened glare.

Another form of expression that involves the face includes yawning. Your dog will yawn when he feels tired, just like us, but it could also mean other things. Dogs can yawn to relieve stress, and they also do it when they’re bored. So, the next time you see your dog yawning at high noon, it’s probably not because he’s tired, so look around you to see if something is causing him distress, or maybe he just wants something to do.

The Tale of the Tail 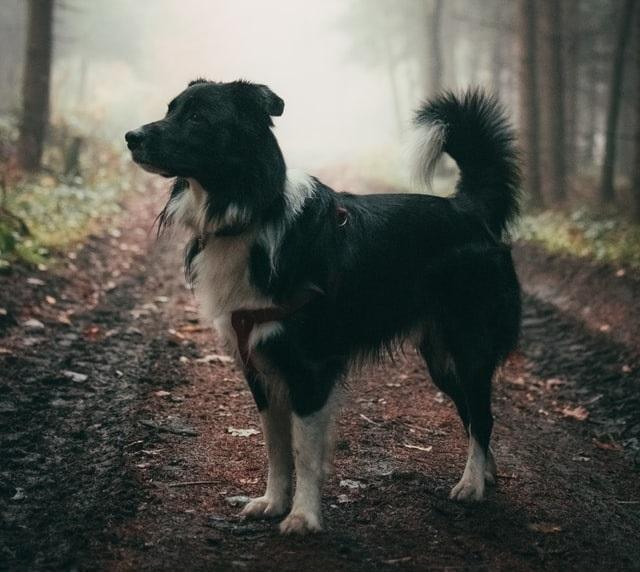 Photo by Tadeusz Lakota on Unsplash

Most dog owners are familiar with tail wagging and associate it with happiness. Most of the time, this is true, but if it’s a slow wag from side to side or one that occurs down low, it could mean your dog is fearful or cautious.

The tale communicates so much, and we can tell a lot by looking at it. A relaxed dog either has a perked-up tail (this may depend on the breed) or one that hangs down. However, a stressed dog can also exhibit a hanging tail, so it's important to consider other physical traits before assuming what your dog is feeling.

An alert dog will have the tail at an angle (maybe around 45-degrees) or have it straight and stiff.

An aggressive yet dominant stance would see a stiff tail, possibly bristled, and one that may be even quiver. This is when your dog is in beast mode and ready to show them who’s boss if it comes to it.

A tucked tail between the hind legs shows that your dog is not only scared but in a more submissive position. 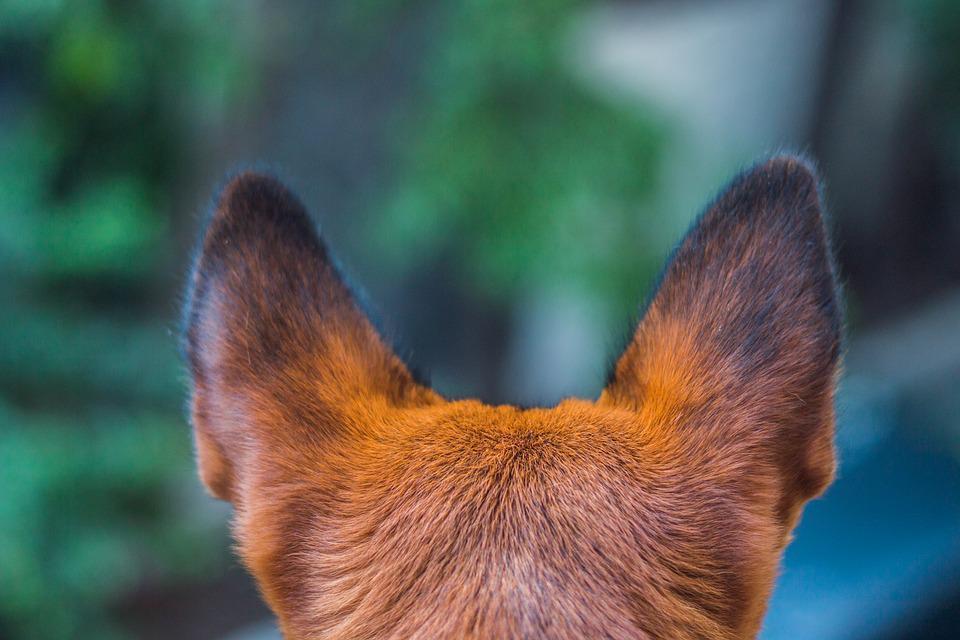 Image by tortugadatacorp on Pixabay

What about the ears? Your dog’s ears will also signal what he is feeling or trying to communicate, and they are an essential consideration along with the tail position.

Perked-up ears are usually a sign of an alert and attentive dog. This can be hard to spot depending on your breed (as spitz dogs have perked ears). It will also be hard to tell on dogs with hanging or folded ears.

However, when you see them move, switch positions and swivel from side to side, you know that something has their attention. Then there are the pinned or dropped ears, which can have contrasting meanings. Pinned ears can mean your dog is happy, you see this when you feed your Rottweiler, and he’s super excited with pinned ears trying to lick your face.

The other side of the coin is anxiety and fear. Your dog may have pinned ears because he is scared of something or feeling nervous. 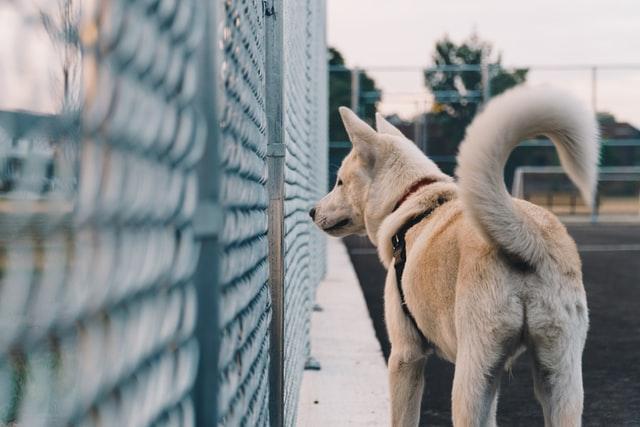 Photo by Hermes Rivera on Unsplash

It’s very difficult to decipher your dog’s language with just one of the aspects above, but when combined, you can have a much better idea. For example, a dog with pinned ears and a wagging tail is happy, but one with pinned ears, a tucked tail, and a face full of fear is definitely scared.

There are also unmistakable body postures that almost always mean the same thing. For example, a dog in a downward dog position (the yoga pose was named after them and not vice versa) most definitely means he’s ready to play and just go crazy!

There are positions that can mean two different things as well, so remember to assess the situation and the other body language to figure it out. If your dog is on the ground belly up, it could be because he feels very safe with you, but it could also mean that he is extremely scared - but he is submissive in both instances.

What is the best way to understand exactly what your dog is trying to say and what he wants? You can familiarize yourself with the possible meanings behind each expression, but what’s even more important is getting to know your dog. After establishing a strong bond with your pooch, you will be able to unmistakably identify what he wants to communicate every time.

We love our dogs so much that sometimes it’s hard to put into words. It’s a special bond shared betw …

Thinking of keeping a dog and a fish tank in the same home? Learn all you need to know to keep both …

If your dog gets onto someone else’s property, they can do a lot more damage than simply leaving a p …

Get 20% Off On Your Next Order