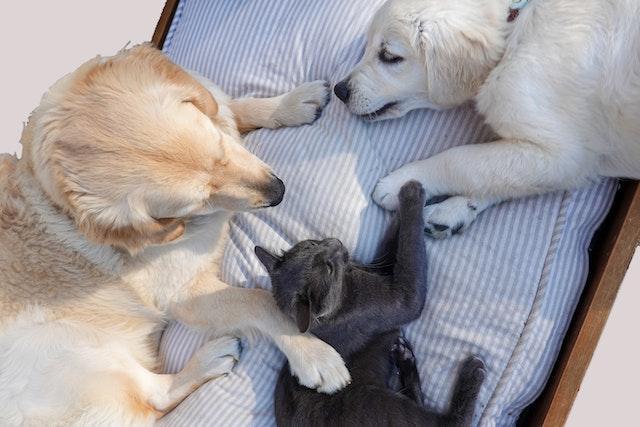 Pet ownership is rising in the United States, with seventy percent of U.S. households owning a pet, according to the 2021-2022 National Pet Owners Survey conducted by the American Pet Products Association (APPA).

Americans spend more on pets too. According to Fortunly, the value of the pet industry in the United States will reach nearly $109.6 billion in 2022. Dogs are the most significant driver in home buying for millennials - the largest group of home buyers.

Pet-friendly features and safety are essential factors in home-buying decisions. As a homeowner, you need to know how to make your home safe for your pets.

Radon is the second leading cause of lung cancer in humans in the United States after smoking. So, what about our pets?

Radon is an odorless, colorless, and tasteless gas. It's produced when radioactive elements like uranium and radium break down in soil and rocks. After these elements break down, they release into the air and present no harm as they stay in the open environment. Radon can enter a house through the cracks in floors and foundations. It can get trapped inside a confined area such as a house and pose a health hazard for you and your pets.

What is Radon Poisoning?

Radon poisoning can happen when large amounts of radon enter the body. The danger with radon is that it takes a while for the symptoms to show up. Even if your pet is breathing in a high radon level, there are usually no signs of it until radon poisoning enters its final stage.

The Effect of Radon Exposure on Cats and Dogs

Radon is considered far more dangerous for pets than their owners since your pet spends more time at home than you do. The main threat of radon to your pets is developing respiratory issues.

According to research, radon and its elements have poisonous effects on dogs. When your pet inhales radon, it can lead to lung and skin diseases, among others.

Why are Pets More Sensitive to Radon Exposure?

Pets are around the house more.

Pets spend most of their time indoors and close to the ground. They move around the house more and sniff a lot, which means they face a higher risk of inhaling radon.

Their lungs are smaller.

Your furry friends have smaller lungs and less capacity to handle dangerous elements like radon. It means their lungs can become damaged faster than the human lungs. However, you are unlikely to know about it until they show radon poisoning symptoms.

Pets like to spend time in parts of the house closer to the ground.

If your house has a basement, your pet likely likes to spend time there. Test your basement and other parts of your home closer to the ground because they tend to have higher radon levels.

When your pet breathes in radon, radioactive particles from radon can get trapped inside the lungs. These particles can increase the risk of lung cancer as time passes. Some of the most common symptoms of radon poisoning in pets are fever, coughing, lack of appetite, breathing difficulties, and lack of appetite.

Signs of Radon Poisoning in Dogs

Dogs get affected by radon worse than other pets. Dogs get exposed to radon by inhaling it along with heavy radioactive byproducts like lead and polonium. If your pup is exposed to radon over time, it can lead to lung damage.

Signs of Radon Poisoning in Cats

Cats are the second most popular pet after dogs. Cats are also highly susceptible to radon as they spend most of their time indoors, close to the ground, where radon concentrations are the highest. Just like with dogs, radon can cause serious health issues in cats and damage their lungs.

How to Protect Your Pets from Radon Exposure

To ensure pet safety, take several simple precautions to avoid radon exposure. One of the most common preventive measures is a radon mitigation system and proper ventilation. Another option is to schedule frequent veterinary visits for your four-legged friend. Regular medical check-ups can help to detect early signs of radon poisoning and prevent it from progressing.

Proper ventilation is one of the most straightforward steps that you can take to protect your pets from radon exposure. Ventilation brings fresh air into your home and dilutes radon particles.

Since radon enters homes from the ground, you can check your property for cracks and holes in the floors and foundation. Filling them can prevent radon from seeping in through fissures.

EPA recommends testing your house for radon every two years. You should test your home for radon yearly if you have a radon mitigation system to ensure the most accurate results. Additional radon testing is recommended as radon levels fluctuate from season to season.

Why is Radon Testing Important?

Radon testing is necessary because it allows you to detect a health-threatening problem early on and mitigate it before it causes serious harm to your pets.

What is a Safe Radon Level?

According to the EPA, the acceptable radon level is even if your test result is 4 pCi/L. The agency recommends mitigation of radon between levels 2.0 and 4.0. 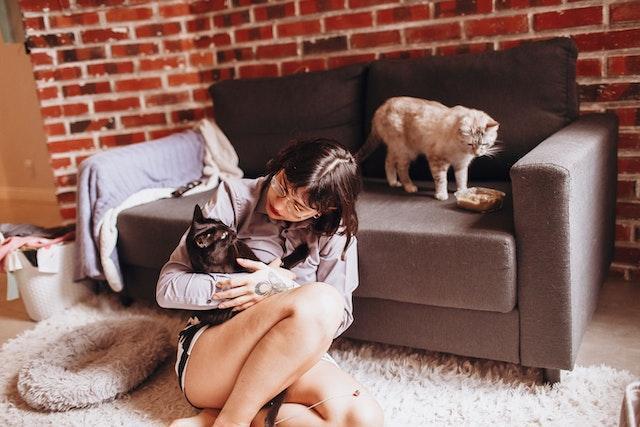 Radon is a serious issue that can go undetected for years and cause serious harm to you and your pets' health. Since your pets are more at risk of getting health issues from radon exposure than you are, you should take all necessary measures to protect them and ensure that your home is radon-free.