For pet owners, sometimes owning a dog is not enough to scratch their animal loving itch. For this reason, many dog owners find themselves drawn towards lizards, who share the same charm and charisma of their furry friend, but do not require nearly as much attention. While owning a lizard is enticing, many pet owners often find themselves worried as they wonder how their dog will tolerate a lizard in the house. Contrary to popular belief, however, certain kinds of lizards can actually get along with dogs quite well. While not every lizard is a perfect fit for your dog, these three lizards will make an excellent friend for your dog.

The Savannah Monitor is an excellent lizard to introduce to a dog for many reasons. Firstly, Savannah Monitors are calm, friendly lizards that are certain to make a great first impression on your dog. This is important as a reptile that is too excitable could startle your dog or start a fight. Secondly, the Savannah Monitor does not have many aggressive tendencies towards animals other than lizards, meaning it will be less likely to attack if provoked by your dog. This will lead to decreased feeling of aggression between your dog and your lizard, and will help promote a safe and enjoyable environment in your home. Additionally, these lizards are generally larger in size, making it less likely that your dog will try to eat it, and more likely that your dog will see it as an equal. When introducing the Savannah Monitor to your dog, take care to do so in a temperature controlled area as Savannah Monitors need to be in a hot environment to stay happy. Beyond interacting with your dog, the Monitor is popular for being easy to care for, and very intelligent which will make it an enjoyable pet to keep. 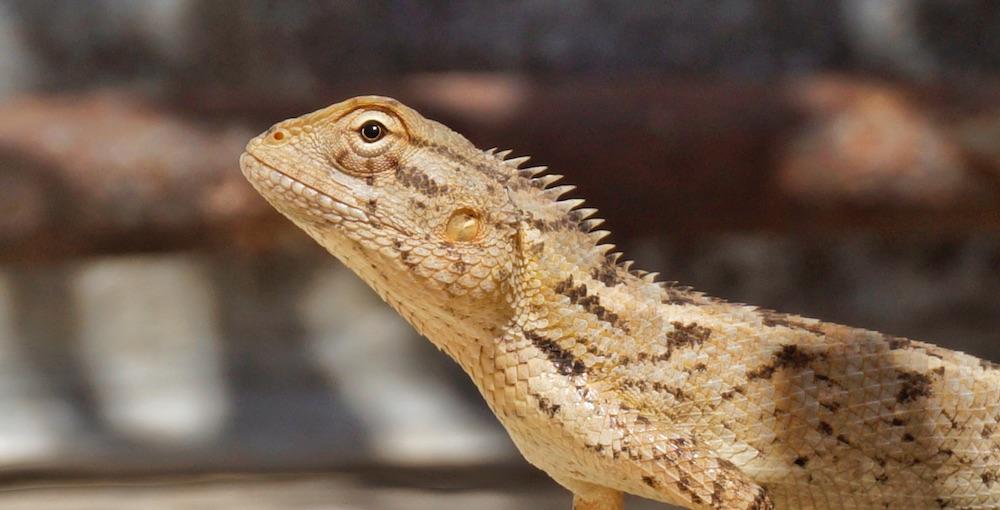 The Bearded Dragon also makes a fine addition to any household with a dog. They are actually found commonly across Australia, making them the perfect lizard for any Aussie home. These lizards, otherwise known as “Beardies”, are often happy creatures, and will get along just fine with humans and canines. Due to their relaxed and friendly nature, Bearded Dragons are the ultimate lizard for the beginning reptile keeper, so little to no experience is required. The Bearded Dragon is known for being especially adaptive, meaning it will take no time for it to adjust to meeting your dog. Bearded Dragons make such good friends with animals, in fact, that they have been known to cuddle with dogs and play tug of war with them. As with every interaction between your two pets, be sure to remain close by, as Beardies could accidentally bite your dog with playful intent which might release a mild venom. These bites are harmless and often treatable at home, but are nonetheless worth protecting against when introducing your two pets. To introduce your Beardie to your dog, do so while your Beardie is in their enclosure. After a few of these meetings through the enclosure, transition to a more open area such as the living room and watch as the two learn about each other. After a while, the two should feel comfortable enough to begin playing together. 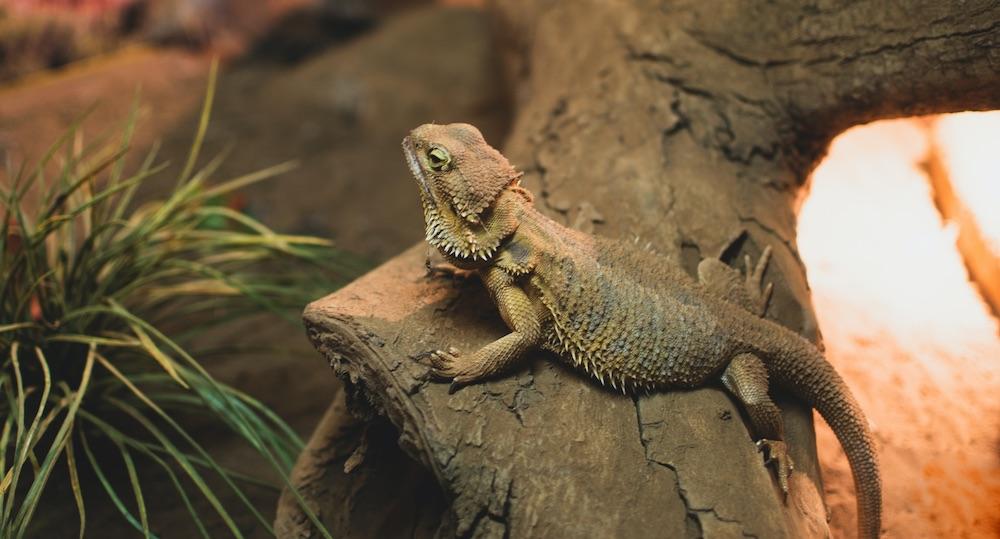 Pet owners looking for a dog loving lizard will find that geckos are just what they have been looking for. While certain species such as the Leopard Gecko are illegal to own in Australia, there are no restrictions on the African Fat-Tailed Gecko. This gecko is typically known by reptile keepers as extremely calm and gentle, which are two great traits to have in a reptile that often spends time around dogs. The African Fat-Tail, as well as most adult geckos, only grows to be less than a foot in length, which is why you should present these lizards to your dog in the safety of your hands at first to prevent it from becoming your pup’s next snack. A good way to have your gecko acclimate to your dog is by letting it walk across your dog briefly while it is laying down and relaxed. Calmer dogs will have no problem letting the African Fat-Tail crawl on them, but if your dog shows signs of discomfort when it is being crawled on, take the gecko away from your dog for the time being. Owners should take care to keep their dog calm when introducing it to a gecko as a frightened gecko may flee from your dog, which may cause it to instinctively chase after the Fat-Tail.

Like dogs, reptiles are a pet that are entirely dependent upon humans once domesticated. While many pet owners often believe that lizards and dogs do not belong together, this is actually not the case! From the Savannah Monitor, the Bearded Dragon, and the African Fat-Tail Gecko, these three lizards are great companions for a calm dog that is well acclimated to reptiles. With a little bit of time, your two pets will go from strangers to best friends. As always, be sure to handle your lizard properly, and always be present when your lizard and dog interact.

We love our dogs so much that sometimes it’s hard to put into words. It’s a special bond shared betw …

Thinking of keeping a dog and a fish tank in the same home? Learn all you need to know to keep both …

If your dog gets onto someone else’s property, they can do a lot more damage than simply leaving a p …

Get 20% Off On Your Next Order